I've been tagged by Andy
The rules:

Go to the 4th folder in your computer where you store your pictures.
Pick the 4th picture in that folder.
Explain the picture.
Tag 4 people to do the same. 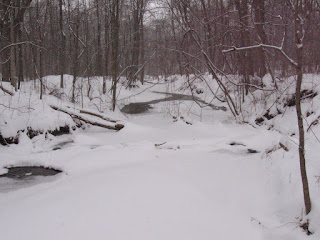 Nice, isn't it? The picture is from February, 2007. I was out snowshoeing in Boys' City, along Cherry Creek, which is also the south border of our property, although we didn't own it then.

Tag 4 people:
Jim West, just because I know he hates being tagged :)
Jon Erdman
Joel at Grace Roots
Alan Knox
And anybody else that wants to share a good photo or two...
Posted by jps at 6:06 AM

I usually don't post pics on my blog, so I posted it on our family blog: http://theknoxclan.blogspot.com/2009/01/photo-tag.html

Which computer do I use?