Some projects take a while

Like the one I just finished last week. It wasn't hard, it just got split up over the SBL conference, Christmas, and forgetfulness.

We had a closet in the front entryway of our house. It wasn't very accessible, and in the winter, all the coats were cold. Plus, it made the entryway smaller. So, in the beginning of November, I began the task of removing it.

Several problems immediately surfaced. One, the wall, while not structural, was solid. There was drywall on both sides with a good solid layer of plaster on top of that. I ended up with blisters. Second, it is an original wall, which means 1943, which means dust! Everywhere! I put up a plastic barrier, but it still got everywhere. Here's what it looked like after I got the wall down. 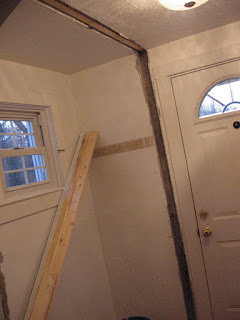 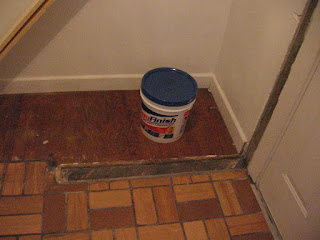 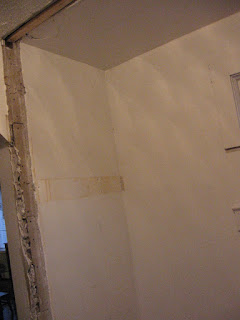 Of course, my little run-in with the lawn tractor put a bit of a delay in things; it isn't easy to mud and sand with a hand that doesn't work :( And then, I missed a few spots with the grout. But, finally, here's what it looks like now. 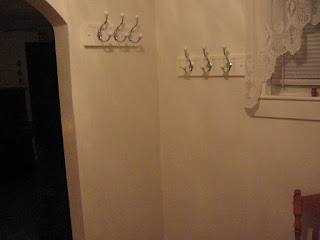 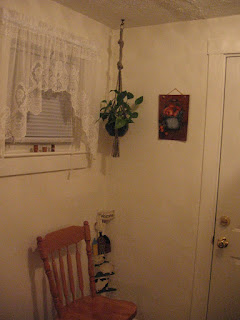 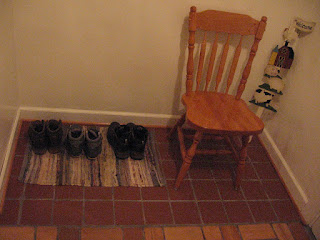 Looks nice. I always have a nice sense of satisfaction when a project finishes and actually looks good.

I never thought about the coats being cold before. Makes sense. I suppose it's even worse if you put a wet, snowy coat in there...

Great art in the ending!
Joel